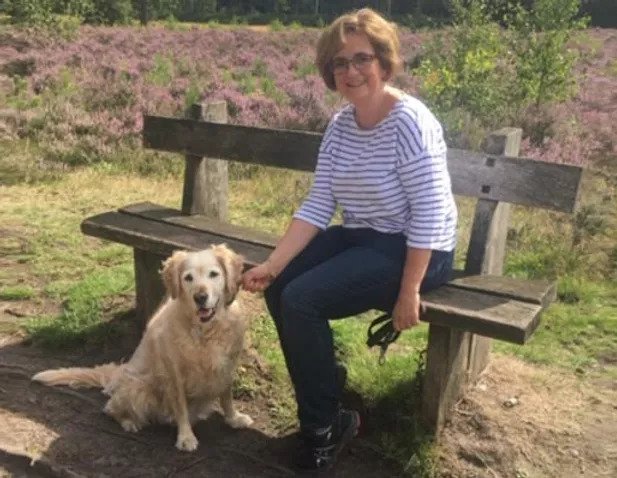 A result of an old skiing injury, Stephanie’s right knee injury was getting progressively worse after she joined a new exercise group.

57-year-old Stephanie’s problems with her right knee began some years ago after a skiing incident but became much more troublesome after she began attending a ‘Body Attack’ exercise class, which involved running indoors in a circle. Despite experiencing sharp pain at her first session, she tried a second session before realising that the pivoting motion was exacerbating her knee condition.

Stephanie’s injury caused her to slow down considerably. She was forced to withdraw from most of her gym classes and was in constant pain, so that even walking her elderly dog slowly was difficult especially because her knee was beginning to lock. She frequently woke up at night feeling extremely sore and in agonising pain

After a few months of physiotherapy proved unsuccessful, Stephanie was referred by her doctor, in conjunction with her existing physiotherapist to Mr Paul Trikha for further investigation of her knee’s condition. Following X-rays and MRI scans, Mr Trikha diagnosed Stephanie’s injury as a torn medial meniscus (torn cartilage on the inside of the knee that cushions the thighbone and shinbone).

As an Addison’s sufferer, Stephanie was already taking oral steroids, so that made a steroid injection a less immediately viable option. After consultation with Mr Trikha, Stephanie decided to go ahead with a knee arthroscopy (keyhole surgery).

In October 2019, Mr Trikha performed an arthroscopic partial meniscectomy (removal of the torn cartilage) on Stephanie’s torn medial meniscus and sprained lateral meniscus (layer of cartilage on knee’s outer). Following the operation, an aftercare programme of physiotherapy was put in place.

Prior to her treatment, Stephanie’s ideal outcome was to emerge pain-free, and now, in February 2020, she is indeed out of pain. She is not yet able to run, but her lifestyle has improved immeasurably, “actually 100% since operation”, she said.

She can now walk without pain and also enjoys low intensity training classes but only participates in exercises that will not place undue pressure on her knee. She advises patients with similar problems to, “most definitely get their injuries seen to as early as possible.”

In November, Mr Trikha reported: “Stephanie’s knee is moving beautifully well, and she is in no pain. She is coming on in leaps and bounds. Although she has experienced some discomfort since that positive update and progress has been mixed, the sharp pain has gone, and she has been able to cycle, visit the gym and enjoy spin classes again.”